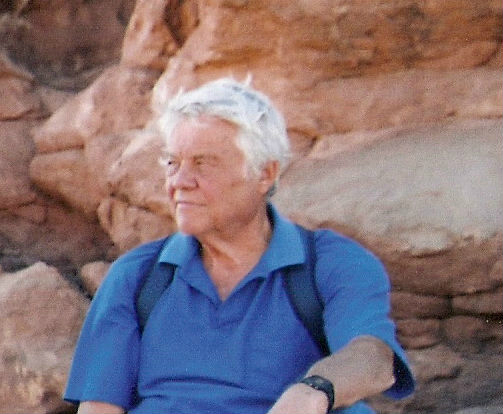 This article is meant to be read by engineers who design sewage treatment plants, hoping it will raise questions and discussions among technical issues I raised.

Introduction.
After I was hired in 1978 to come to the USA to help selling a Dutch developed sewage treatment process, none of my expectations were fulfilled and I was surprised that none of my colleagues, after my presentation of the incorrect use of the BOD test during the 1983 annual meeting of Utah’s chapter of the WPCF (now WEF) causing the failure of the CWA, was willing to support my efforts to correct this essential test, neither any of my other activities.
My activities actually resulted in being banned from working in the field of engineering and I was forced to find employment in a different field of engineering, although I kept on trying to correct the BOD test in my free time and later after I retired.

I expected that at least this essential test would be corrected, since nobody should accept that the CWA failed due to a faulty applied test and ignore the pollution caused by urine, an oxygen robber and fertilizer for algae! However, after 40 years, it looks that this will not happen and that with it all my knowledge of all the actual sewage treatment processes will be lost.
That is when I decided to write this article with an evaluation of all the individual treatment processes that, in my opinion, desperately need scrutiny.

Raw sewage.
Although the goal is the treatment of sewage, it hardly is tested on its physical condition.
First we do not test if the raw sewage is carbonaceous or nitrogenous, extremely important to know what types of biomass have to be maintained. This issue would be corrected if the BOD test is correctly applied. An important reason to test the raw sewage correctly.

Second (completely ignored) if the solids in the raw sewage are 1. settleable, 2. non-settleable of colloidal. 3. Molecular dissolved.

These conditions are essential to know how they can be removed. For example the sewage has no settleable solids, like often in large sewer collection systems, where the solids are often already broken down and some already treated, primary settling is not effective and a waste of money, especially since that primary sludge requires special treatment.

Now the biomass, both heterotrophs and autotrophs, is maintained in an aeration tank, which provides mixing and oxygen.
Although there are several forms, they all should comply with special requirements of good food distribution and good contact with the bacteria (floc loading).
Complete mix and plug-flow aeration tanks do not provide such conditions. Only an orbital flow tank does provide such conditions, as long as there is a high mixing zone for the food to contact the biomass (flock loading).

Aeration and Mixing.
Aeration still is used not only to provide oxygen, but to provide mixing at the same time. This is a waste of energy, since the biological process depends on the load changing during the day. This will be handled later under biological process selection! So while aeration may not need they have to keep it on for the mixing.
Often the efficiency of oxygen transfer is thought to be important, this still is a questionable, as we may measure to total oxygen transfer, but not how much oxygen is transferred when the air bubble rises through the water and how much oxygen is transferred when the air bubble breaks the surface and throws small water drops through the air. This oxygen transfer may not happen when the basin has foam.
Mixing or keeping in suspension (in orbital systems) has to be continuous, while aeration will depend on loading .Can aeration be shut down without clogging the system?

Biomass selection.
Most designs are based on an average daily load, while the actual flow and load varies by the hour and the biomass that can change every several minutes. Most biological designs are based on a F/M (Food over Mass) ratio resulting in a certain SRT (Solid Retention Time), or used to be called sludge age.
Based on the flow and load variation as indicated in the Metcalf and Eddy book on Water Resources and Environmental Engineering (Page 233) I have attempted to evaluate what the impact would be of the minimum and maximum loading on the selected SRT design. 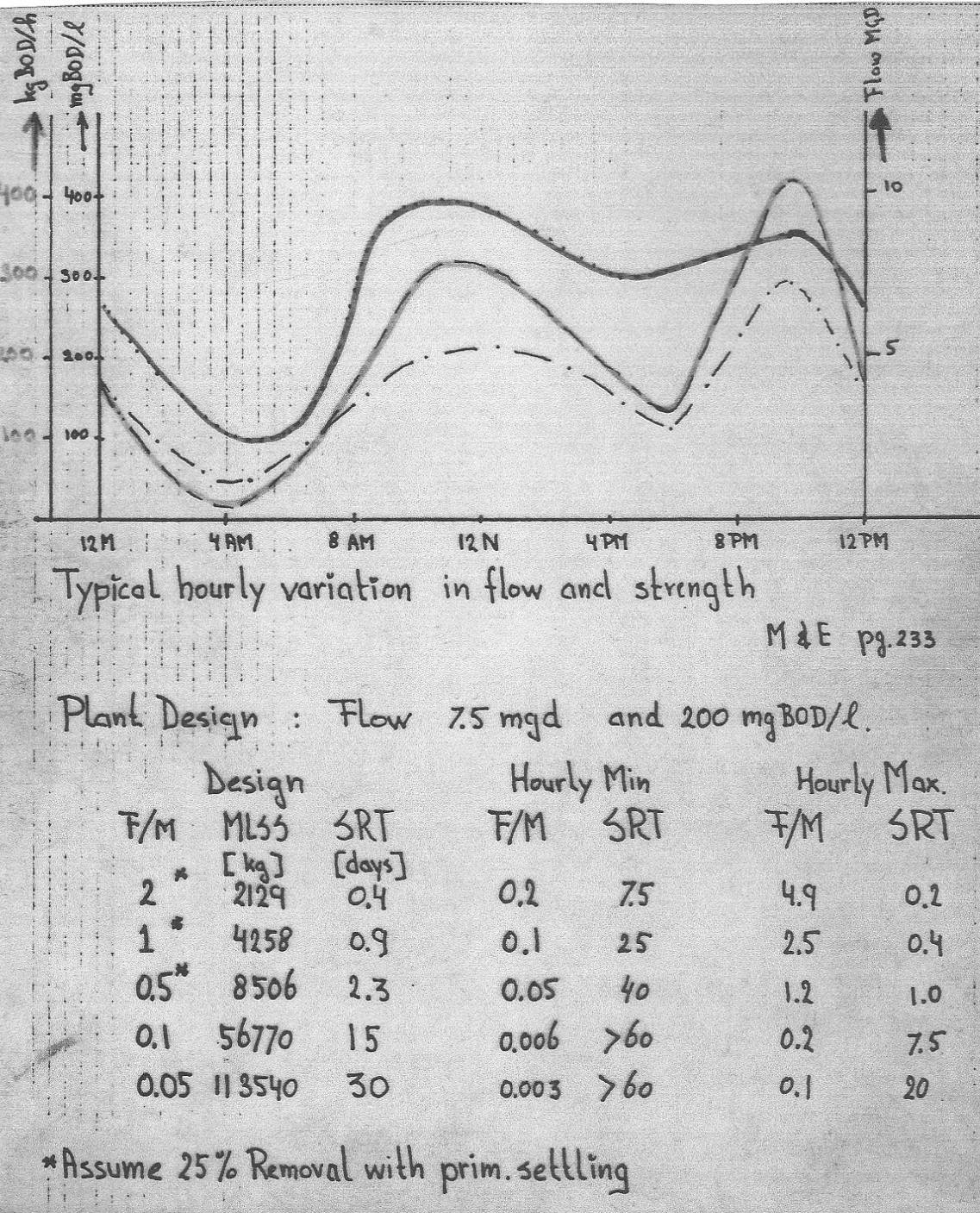 Final Clarifiers.
Although clarifiers are based on Stokes Law, the circular clarifiers act differently, more like flocculation filters if they perform correctly. The effluent is filtered through a sludge blanket.
Many opinions exist how they should be designed based on upflow rate and depth of side walls. Sadly the most important part of the design is the inflow structure, so that the sludge return (often as high as 100%) does not disturb the sludge blanket. Just a hole in the bottom creates too much disturbance in the blanket to achieve this flock filtration,
Dutch design have a large center cone for the sludge to return, hence causing minimal disturbance

Of course the condition of sludge is also extremely important. Filamentous sludge (often caused by loading conditions in the aeration tanks) will cause major problems and so will denitrification.

Conclusion.
The oxidation ditch was developed by Dr. Pasveer in 1948, due to the incorrect use of the BOD test, was never ever acknowledged of a sewage treatment method that basically takes care of all biological processes we call pollution when sewage is dumped into open water.
With a SRT of 30 day based on an average load, a SRT is of more than 60 days for minimum hourly and 20 days on maximum hourly load it does provide a stable biological process to achieve all the biological processes needed to treat sewage.
Even the introduction of final clarifiers to achieve continuous acceptance of raw sewage, is questionable. Oxidation ditches are like lagoons except they provide better control and use much less land.