How a pollution test caused the failure of the Clean Water Act.

The goal of the Clean Water Act (CWA) was to achieve swimmable waters by 1983 and to eliminate all pollution by 1985, but when EPA 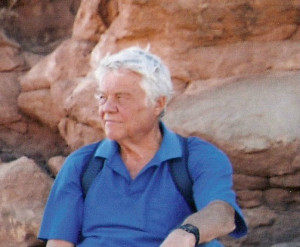 implemented the CWA, EPA used an essential test incorrectly and addressed only 40% of the pollution Congress intended to ‘treat’ and ignored all the pollution caused by nitrogenous (urine and protein) waste. This waste, besides exerting an oxygen demand, just like fecal waste, is also a fertilizer for algae, thus contributes to eutrophication, often resulting in red tides and dead zones, now experienced in most open waters.

Living in the 21st century, it is inconceivable that such a mistake can be made, but even tough we all produce sewage, very few know how it impacts our environment and therefore rely on ‘experts’, especially how it can and should be treated. Expecting laymen to understand how a worldwide incorrect applied test, developed around 1910, could not only cause the failure of the CWA in the USA, but also many water pollution programs in other countries, would be unreasonable without a proper explanation of the test itself and all the consequences. In addition how this rather embarrassing fact, now also impacts the discussions dealing with other environmental problems dealing with the reactive nitrogen enrichment of our biosphere, contributing to global climate change.

Those familiar with the test will agree that the test is not 100% correctly applied, but also will claim that the negative consequences are highly exaggerated. This, after having read this article, hopefully will be rejected and considered an attempt to cover up this mistake, in order to prevent those directly responsible to be held accountable.

Sewage contains carbonaceous (fecal) waste and nitrogenous (urine and protein) waste, which both are used as food source by two different types of bacteria, who do need oxygen. When not enough oxygen is available, Mother Nature turns to other (rotting) processes that do cause odor problems. The original purpose of sewage treatment was the prevention of odors and now, more then a hundred years old, this still seems to be the only purpose of sewage treatment, although for more sensitive open waters sometimes stricter treatment is required, which often is achieved by adding another treatment process to the odor control process.

Real sewage treatment plants should be feedlot operations for bacteria to break down this waste, while containing them under controlled conditions. Since the two types are different and have different requirements, it is essential to know how much and what type of waste has to be broken down, thus what type of holding areas are needed and how much oxygen would be required for these processes. This oxygen required for both processes can be measured with the BOD (Biochemical Oxygen Demand) test, developed in England around 1920.

Another important design criteria is the amount of sewage (flow rates) expected. This in turn will depend on in what type of sewer collection system this sewage is collected. Older cities will mostly have combined sewer systems, whereby both sanitary sewage and storm water is collected and which of course do require much larger hydraulic capacity as compared to separate sewer system, where only sewage is collected. To handle extreme high flows, combined systems also have CSO’s (Combined Sewer Overflows), where during periods both sewage and storm water is directly discharged into open water. Separate systems have the disadvantage that storm water in many cities is not as clean as was expected and that this storm water now has become a major untreated source of pollution.

The selection of sewage treatment therefore not only depend how much carbonaceous and nitrogenous waste is in sewage, but also on the flow rates in what type of sewage collection system this sewage is collected.

Unfortunately, when EPA implemented the CWA, by establishing treatment requirements for its NPDES (National Pollution Discharge Elimination System) discharge permits, it used only the BOD5 value as was common worldwide and since ‘secondary treatment’ was supposed to be 85% treatment, the BOD5 of secondary treated sewage should be less then (85% of 200) 30 mg /l. By setting NPDES treatment standards solely based on the 5-day value of the BOD test, EPA only addressed 60% of the pollution caused by carbonaceous (fecal) waste while ignoring all the oxygen demanding pollution caused by nitrogenous waste. (For more information read description of BOD test in Technical PDF section of www.petermaier.net)

Many sewage treatment plants in the seventies violated their discharge permits, while in fact the higher than 30 mg BOD5 /l reading (as required by their permits) was actually partly N-BOD5. In these cases, plants were violating their discharge permits, while in fact treating the sewage better than was required by their permits.

In 1984 EPA acknowledged this problem and allowed the C-BOD5 test, which is the same BOD5 test, except that a certain chemical is added that will only kill the autotrophic bacteria. It was estimated that 60% of the plants in the seventies out of compliance with their NPDES permits came into compliance by adding this chemical to their test. Many plants in the seventies were modified or even replaced, while, since we still do not test correctly, many probably now treat the sewage worse as it was treated prior to its modification.

By allowing the C-BOD5 test and not correcting the test application, EPA not only lowered the final goal of the CWA from 100% treatment (elimination of all water pollution by 1985) to a measly 35% treatment, but also officially ignored nitrogenous (urine and protein) waste, while this waste besides exerting an oxygen demand also is a fertilizer for algae, causing eutrophication often resulting in red tides and dead zones. This, while it still is impossible to evaluate the real treatment performances of sewage treatment plants and establish what its effluent waste loadings are on receiving water bodies.

Since we still also do not know how much carbonaceous and nitrogenous waste is in raw sewage, the chances are that sewage treatment plants are designed to treat the wrong waste, as most engineers still assume that the BOD5 in raw sewage represents its C-BOD5 value only, while in many cases (especially warmer climates) this is not the case.

The only correct way to use the BOD test is to use the C-BOD5 test in combination with the TKN test using the following formula:

This is the only correct method to establish the real treatment performance of sewage treatment plants and determine their waste loadings on receiving water bodies. It will also provide the correct data how much carbonaceous and how much nitrogenous food has to be broken down in these bacteria feedlot operations, called sewage treatment plants and prevent that million dollar public works facilities are not designed to treat the wrong waste.

This correct test data will enable engineers to compare the different sewage treatment technologies available and perform valid cost/benefit analyses, which not only will prove that much better (including nitrogenous waste) treatment was available at much lower cost, compared to conventional odor control facilities. This may be the reason why EPA in 1987 of the record stated that the test and regulations should be corrected, but at the same time claimed that this was impossible as it would require a re-education and even re-tooling of an entire industry.

Summary of Consequences, as the result of incorrect BOD testing.

Government regulations failed to achieve any of its goals as 60% of the pollution Congress intended to prevent, was ignored.
EPA ignored nitrogenous (urine and protein) waste, while this waste besides exerting an oxygen demand also is a fertilizer for algae, thus contributes to eutrophicaton, causing dead zones and red tides.
Since it still is impossible to evaluate the real treatment performances of sewage treatment plants, it is impossible to compare the different treatment processes and therefore makes any cost-benefit engineering analysis of different treatment processes worthless.
Since it also is impossible to know the real effluent waste loading on receiving waters, this data is misleading when used in TMDL watershed programs.
Raw sewage can already be N-BOD5 and when design engineers still assume that it only represents C-BOD5, sewage treatment plants will be designed to treat the wrong waste.
Better sewage treatment in the past was accomplished by adding treatment processes, only after stricter treatment criteria were required. Primary, secondary and now tertiary treatment.
When the oxidation ditch was developed in 1950, which contained all these additional treatment processes in one process, it was not recognized, because there was no correct test data available and engineers were solely focused in meeting effluent standards.
Improving the oxidation ditch process by adding final clarifiers was a mistake, as it caused hydraulic limitations. The original concept allows inexpensive solutions to the problems now experience in many older cities with combined sewer collection system, thereby eliminating CSO’s and the problems caused by storm water pollution in cities with separate sewer systems.
The lack of correct test data and unwillingness to even discuss this, has created an atmosphere of denial, which promotes the status quo, inhibits innovation by sticking only to traditional systems, which were only odor control facilities.
The fear of exposing what happened with the CWA, now interferes with other environmental issues (air pollution, climate change, acidification of oceans, forest fires, etc) impacted by the huge increase of reactive nitrogen in our biosphere.